January 30, 2017 (Portland, OR) – Portland Cider Company announces the release of 22oz seasonal bottles for the first time in 2017, starting with their new Pineapple cider. Like a sun filled day cruising down the Valley Isle, this pineapple cider brings a tropical oasis to your mouth. Sweetened with 100% fresh pressed pineapple juice, this seasonal cider calls for a little paper umbrella. With a semi-sweet finish, this 6% ABV fruit cider pairs beautifully with barbacoa pork quesadillas, Asian chicken salad and, of course, traditional Hawaiian foods like mac salad and Kahlua pork. 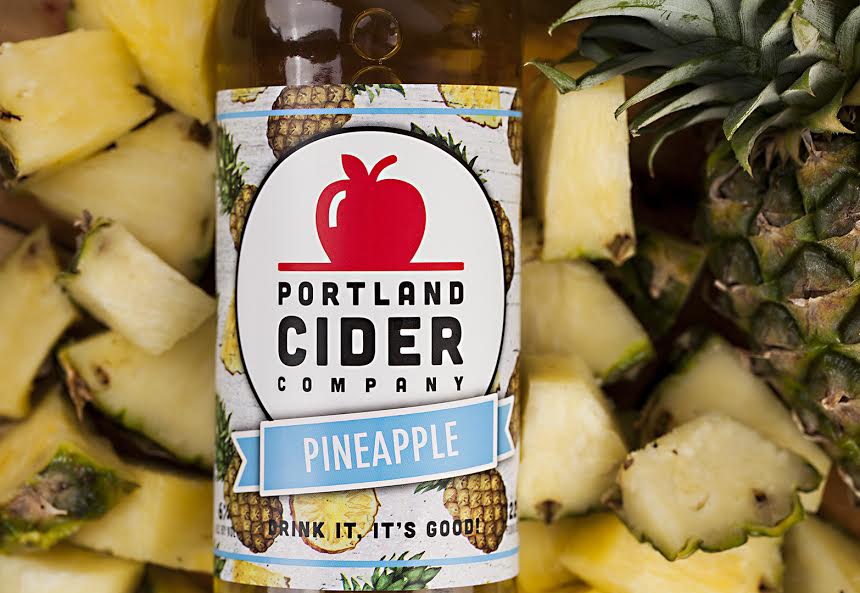 “We use whole pineapples that we squeeze fresh, right here in the back of our cidery in Clackamas. It makes the entire building smell like this incredible tropical oasis for a couple of days – we love it,” says Deron Davenport, head cider maker at Portland Cider Company. “There are no artificial flavorings or concentrates used here, keeping the flavor of the pineapple delicate and delicious.”

Other Seasonal 22oz Bottle Releases for 2017 include:

The Portland Cider Company was started in October 2012 by an Oregonian and a family of British expats with the mission of bringing cider, handcrafted in the English tradition, to the Northwest. They have two taproom locations: Hawthorne, Portland Cider House (3638 SE Hawthorne Blvd., Portland, OR 97214) and Clackamas, Taproom & Cidery (8925 SE Jannsen Rd, Bldg. F, Clackamas, OR 97015). For more information, visit www.PortlandCider.com.