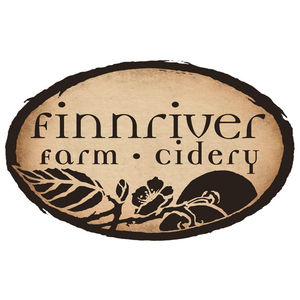 Finnriver Farm and Cidery, producing premium farmcrafted cider on the Olympic Peninsula of Washington state since 2008, is pleased to partner with the Cider Summit festivals to release a special collaboration cider in celebration of their annual cider tasting events. This limited edition ’Saison style’ cider will be featured at each of the four annual Cider Summits in 2017, in Chicago, San Francisco, Portland and Seattle.

According to Cider Summit founder Alan Shapiro, “A mere handful of years ago artisanal cider was barely on the radar of discerning beverage consumers across the U.S. In an effort to highlight this emerging category, Cider Summit was born in 2010 in Seattle. Over the next several years the event expanded to four cities across the country and has introduced thousands of new consumers to these artfully crafted beverages.”

Finnriver is proud to have been among the earliest supporters of Cider Summit, and together we have designed this new cider to accompany the Cider Summit festivals and to highlight the ongoing renaissance of craft cider in the US.

The Cider Summit collaboration release is a Saison/Farmhouse style cider made from a select blend of Washington Certified Organic apples fermented with a Saison ale yeast at high temperature to bring out the tropical and spice notes of the yeast.

According to Finnriver cidermaker Andrew Byers: ‘This cider is a wonderful opportunity to showcase an influential yeast strain and to continue the exploration of cider styles. To compliment the nose and build the mid-palate structure of this Saison-style cider we dunked a sachet of dried fruit and select spices— melding the wild spice notes of a classic saison with the delicious versatility of Washington state organic apple juice.‘

This cider joins hundreds of other traditional and innovative ciders available at the Cider Summit events, representing over 100 producers from around the world, and attracting thousands of cider drinkers to immerse themselves in the cider experience.

Finnriver farms and ferments on 80 certified organic acres in the Chimacum Valley, south of Port Townsend Washington, and is Certified Salmon Safe and a Certified B Corporation. Finnriver is committed to wise land stewardship through organic agriculture, farmland conservation, habitat restoration, community outreach and education. Their organic orchard and Cider Garden tasting room are open daily, year-round, with weekend food and live music events, and their farmcrafted ciders are distributed in 12 states across the west coast and midwest.

The Cider Summit special collaboration release will be available at 2017 Cider Summit festivals and at select accounts in each Summit city.  There will be a Seattle release party on Thursday, Aug 17th at Capitol Cider from 7-9pm. Folks can buy Summit tickets there and there will be a pair of tickets raffled as well.

Finnriver is also doing a tap take-over at Capitol Cider in August as their ‘cider partner’ for the month, with 21 different Finnriver ciders on draft and a Finnriver featured flight through the month as well.